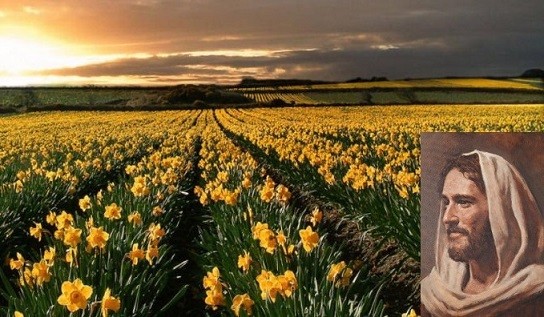 Jews firmly believed that God had established the Jewish system. When the promised Messiah appeared and was rejected by Jewish leaders, that did not mean that Judaism had failed. Even though many Jews were unfaithful, God kept his promises given through the faithful Jewish prophets. To the contrary, Judaism had succeeded magnificently, and was moving into its grand Messianic era!

The first Christians were all Jews. When they became followers of Jesus, they kept much of the Jewish perspective. There was nothing in Judaism which was in conflict with Christianity. Jesus, the Christ, was also the perfect Jew. So one could be a good Jew and a Christian at the same time. The focus remained on how God wanted His people to behave.

Was there any reason for the disciples to feel a need to abandon Judaism? There is ample evidence that early Christians continued to meet in synagogues and live as Jews. Luke’s account in Acts shows it. Beginning at Pentecost, the apostles and other Jewish Christians zealously encouraged fellow Jews to accept Jesus as Messiah. They could do this so much more easily if they remained in association with them. The readings and discussions that took place each Sabbath in every synagogue provided many opportunities for them to discuss the scriptural proofs that Jesus was truly the Messiah.

But didn’t Jesus foretell that his followers would be thrown out of synagogues? Yes, but apparently that didn’t happen right away. Jewish leaders persecuted Christians, but it appears that most Christian Jews continued to live and function mostly within the Jewish community at least until the destruction of Jerusalem in 70 A.D. Shortly prior to that time, when traditional Jews rebelled against Rome, Christian Jews refused to join them. Instead, when they saw Jerusalem “surrounded by encamped (Roman) armies,” they obeyed Jesus’ command to flee. Most went to live in Pella. Many traditional Jews viewed them as traitors, calling them minim (apostates or heretics). Eventually, these traditional Jews added a curse to the eighteen benedictions which were read each Sabbath, condemning any Jew who professed belief in Jesus as Messiah. The very fact that they did that confirms that many Jews believed in Jesus. Otherwise, there would have been no need for such drastic action.

If early Christians continued to function within the Jewish system, what does that mean? It means that if we choose to associate with people who claim to be God’s people, but see things differently than we do, especially if we desire to help them, we are like many early Christians. Association with unbelieving Jews did not contaminate them nor make them sharers in the Jewish national rejection of Jesus. What made them different was how they understood and reacted to the identity and work of Jesus.

What was new for Christian Jews was their understanding of how to put themselves right with God. Instead of relying on animal sacrifices or scrupulous observance of the Law, they came to see that only the death of their Messiah, God’s Son, had the power to permanently set them free. They learned that God was willing to accept Jesus’ death as a “once for all time” atoning sacrifice for their sin. With cleansed consciences, they could walk with God living lives of godly conduct as a result. (See Romans 6).

Early Christians did not view themselves as becoming members of a “new religion,” but that the Messiah had arrived and that they were thus moving on into the next part of the outworking of God’s purpose and ongoing fulfillment of His promises to Abraham. They did not view their unbelieving fellow Jews as worshipers of a false god. They saw them as people in need of the message about Jesus as Messiah, who needed to see the vital role he played in the outworking of God’s purposes. So, in spite of persecution or opposition, they kept encouraging their fellow Jews to examine the evidence for themselves and accept Jesus as the Messiah. To do that, they had to continue in association with them if at all possible.

The first Christians obeyed Jesus’ commands in response to what God had done for them. (2 Pet 1:3-8) They did not focus on organizational structure, tradition, external rites, unique interpretations or novel explanations of Scripture passages. This same pattern of obedience, practical faith and righteous conduct was imitated by Gentile Christians as the message of Jesus spread through the Roman Empire. It has always been the mark of true Christians. It can still be followed by any disciple of Jesus Christ today. Why? Because anyone, anywhere, in any circumstance, can imitate the first Christian disciples of Jesus. Like them, anyone can define his or her Christianity in terms of relationship rather than creeds, interpretations or membership. The effect of that relationship is seen in changes of behavior, not membership in a religious organization or denomination.

[1] Jesus’ half brother James was very prominent among Jewish Christians in Jerusalem. But he was also highly respected among the inhabitants of that most Jewish of cities. They called him “James the Just.” In 62 A.D., during a brief breach in the succession of Roman procurators, some Sadducees, angry because James preached against the love of money, managed to orchestrate his assassination. The people of Jerusalem were outraged. Josephus reports that many of them later considered Jerusalem’s destruction as God’s revenge against them for allowing James to be killed. This would not have been the case if James had not been a strict observer of the Law of Moses in addition to his obedience to his Lord Jesus Christ.

Excerpt from Where is the Body of Christ? 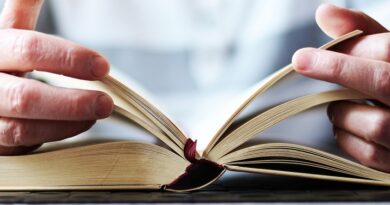 Taking Responsibility For Our Christian Life

On the points they present, opponents of the Witness religion are quick to categorize it as a “cult” and speak 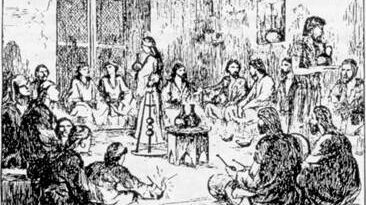 Practicing Love in our Christian Fellowships 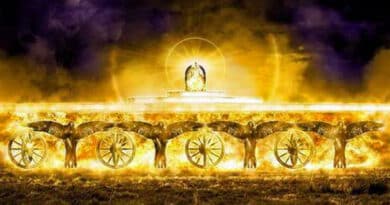 The good news or gospel of the kingdom of God began to be preached nearly two thousand years ago, when