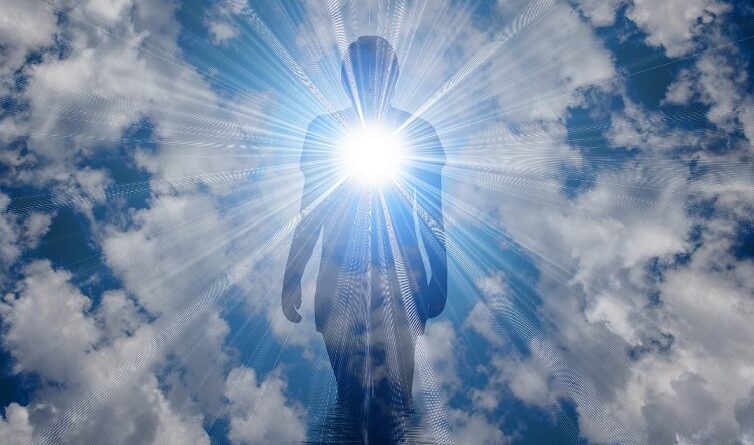 Immortality! It has been “brought to light” by Jesus Christ and his gospel (2 Tim. 1:10). Eternal life — an immortal existence — is offered freely to the lowest of sinners who reach out and take hold of the Savior by faith. Christ himself said, “And this is the will of him that sent me, that everyone which seeth the Son and believeth on him may have everlasting life, AND I WILL RAISE HIM UP AT THE LAST DAY” (John 6:40). This must be underscored in the Church today; it is a point at which multitudes stumble. The eternal life given by our Lord is fused inseparably to the resurrection at the end of the age. It has nothing to do with some ethereal, phantom-like threshold crossed at death. The blessed hope of the Christian (Titus 2:13) will always be the Second Advent — the time when mortality is swallowed up by immortality, corruption puts on incorruption, and death loses its terrible efficacy (1 Cor. 15:52–54).

This is a truth in constant need of emphasis. It has been supplanted over the centuries by a concept utterly foreign to the Scripture: the innate immortality of man. All human beings, we are told, possess a “soul” (the real self), which dwells for a time in the body. Death is the liberator for the believing soul, which wings its way to the “hereafter” to be with Jesus. That “last enemy” (1 Cor. 15:26) is neither an enemy, nor is it even a true death — it is only a change from one life to another, and evacuation of the body.

Immortality of the Soul?

The Bible offers no sanction to such notions. Here we discover that God alone possesses innate immortality (1 Tim. 6:16).Man forfeited any claim to it in Eden (Gen. 2:17). Indeed, not only did God impose the sentence of death upon Adam and Eve, but also expelled them from that Tree of Life which was the source of human immortality (Gen. 3:22–24). Would any contend that our first parents, who returned to dust in fulfillment of the divine curse (Gen. 3:19), are, nevertheless, immortal beings? If so, then we must ascribe integrity to the serpent’s lie, “You shall not surely die” (Gen. 3:4).

Scripture paints death in a much different hue. When a man draws his last breath, he perishes — in totality. That is why David dreaded the grave. He knew that to die was to lose one’s self, to cease consciousness. Listen to his testimonies:

“For in death there is no remembrance of thee: in the grave who shall give thee thanks?” (Psalm 6:5).

Godly Hezekiah also shrank from the shadow of death, recognizing its true character:

“For the grave cannot praise thee, death cannot celebrate thee: they that go down into the pit cannot hope for thy truth. The living, the living, he shall praise thee” (Isa. 38:18, 19).

The inspired Preacher of Ecclesiastes sums up the entire matter of death in the plainest possible language:

“The living know that they shall die: but the dead know not any thing, neither have they any more reward; for the memory of them is forgotten. Also their love, and their hatred, and their envy, is now perished…” (Eccl. 9:5, 6).

New Testament theology presents death in the same manner. Paul wrote of the recovery of Epaphroditus, who was sick unto death. The apostle’s commentary on this event was that “God had mercy on him” (Phil. 2:27). Mercy? Is being deprived of heaven a mercy? And the raising of Lazarus, or Dorcas, or the Widow’s son. Would it have been a mercy to snatch these saints out of celestial bliss to suffer pain and temptation again on this wicked earth? No, the restoration of life is always portrayed as a good and gracious act. Length of days on the earth is a blessing from God (Eph. 6:3), not a postponement of glory. The elders are to anoint the sick, that they may be healed (James 5:1415). Why?
Because death is not life. The open grave is a curse, an enemy to be overcome.

When the Thessalonians were sorrowing over deceased loved ones, Paul took up his pen to offer encouragement. Did he tell them that the righteous dead are “with the Lord” as bodiless souls? Did he assure the church that the grave is really a doorway to eternal joy?

The tragic consequence of this widespread belief in inherent immortality is the devaluing of Christ’s Second Coming. If the dead saints are really alive with the Lord, what great need is there for a resurrection? Since it is constantly asserted that the “soul” is the all-important component of man — his “true self” — the raising up of the body should be a comparatively trivial matter. Even Christ’s own resurrection sounds a hollow ring when we maintain that all men since Adam survive death as immortal souls.

The authors of Scripture, however, are adamant about this: the Second Advent is our only hope for life after death. If Jesus does not come again, we will all perish in the dust of the earth, forever. A simple reading of the following passages should make the answer to each subsequent question abundantly clear:

Matthew 16:27 — When will everyone be rewarded according to his works?

2 Timothy 4:8 — When will we receive the Crown of Righteousness?

The same answer virtually leaps from the pages of Scripture: The Second Advent. Death receives no accolades as a bestower of blessing, or as a “passing through the Jordan” into Christ’s presence. It is a thing to be abolished and cast into the Lake of Fire at the last day (Rev. 20:14).

The immortality of the soul makes a mockery of all this. Resurrection becomes superfluous, since we can relate to Christ “out of body.” Because the saints have already spent long ages with Christ, the Parousia becomes something less than the great “revelation” portrayed by Scripture. Finally, the Judgment is transformed into a farce. After spending thousands of years in heaven, will Abel have to pass before the bar of divine justice to determine whether or not his name is written in the Book of Life? Conversely, will Judas be summoned from a hell he has occupied for two millennia to discover if he is really among the damned? Any doctrine which allows for such scenarios ought to be suspect from the very outset.

The Mortality of the Soul

The Word of God admits of no “undying essence” within the human makeup. “The soul that sins, it shall DIE” (Ezek. 18:20). This prophetic utterance should, by itself, put the whole argument of immortal souls out of court, forever. Man is mortal. In this, he has “no advantage over the beasts” (Eccl. 3:19). Resurrection is his only hope. Without Christ he will “not see life” (John 3:36).

The standard objection to such teaching is the dogmatic assertion of a “life of the body/life of the soul” dualism. It is only the body — the empty shell once housing the soul — that has perished. The real person is either in paradise or in torment, a condition in which he will abide forever and ever.

The Scriptural testimony, however, is entirely against this view. The real person is always laid in the tomb. “Abraham buried SARAH, HIS WIFE in the cave of the field of Machpelah” (Gen. 23:19). Nowhere is it hinted that the patriarch merely buried a fleshly receptacle recently vacated by an immortal woman. There is no record of Abraham praising God for admitting his beloved spouse to the “streets of gold.” Modern funeral language is hopelessly out of step with the Bible. Death is always met with grief and mourning (even by Christ — John 11:35–36), because the true person is now lifeless — no longer a functioning soul.

We read of the entombment of Jacob (Gen. 50:5) and of Stephen (Acts 8:2). In each case, the corpse is the person. Devout men wept over Stephen, not over a thing in which the martyr once lived. David, we are told by Peter, is in the sepulcher, “both dead and buried” (Acts 2:29). As if to refute any future notions of innate immortality, he assures us in the same breath that “David is not ascended into the heavens” (Acts 2:34).

There is a growing recognition among evangelicals that the old, mainline position on body/soul dualism is untenable. George Eldon Ladd comments on the Pauline perspective:

“Paul’s view is based upon the Old Testament view of man, in which man’s “soul” (nephesh) is primarily his vitality, his life — never a separate “part” of man… God’s spirit creates the human spirit (Zech. 12:1), but neither man’s soul nor spirit is viewed as an immortal part of man which survives death.”

“Psyche (soul) in Paul is neither, after the Greek-Hellenistic fashion, the immortal part of man as distinct from the Soma (body), nor does it denote the spiritual as distinct from the material. Psyche stands in general for the natural life of man (cf. Rom. 11:3; 16:4; 1 Thess 2:8; — to give his “soul,” that is, his life for someone, et. al.).”

The average Christian has been instructed to regard the concept of total mortality as “cult doctrine.” For this reason, it is difficult for many of God’s people to approach the subject with an open mind. This is understandable; no genuine follower of Jesus desires to be caught up in bizarre, cultish dogmas. On the other hand, we must be quick to realize that guilt-by-association is not a fair method by which to test the truth or falsity of any tenet of faith. If it were, we might discount the immortality of the soul on the basis of its acceptance by Spiritists, Mormons, Christian Scientists and New Age advocates not to speak of Rome. Obviously, a rejection of either position on the basis of ad hominem arguments is a practice unworthy of a careful Bible student, the most powerful argument of all cults.

The total mortality of man is a doctrine of great antiquity in the Church. Its exponents can be found in nearly every age of church history.

Whether or not it has always been a majority opinion is irrelevant. Was not Luther expressing a very obscure, minority opinion when he posted the theses? And the Anabaptist martyrs — were they not regarded as wild-eyed fanatics for opposing the unquestioned union of Church and State? Yet these men believed they possessed truth, and were willing to stand up for it in the face of overwhelming majority opposition.

Their courage of conviction ought to be emulated in the Church today. It is time to examine this issue in the light of sola scriptura, rather than simply parroting the opinions of the masses. With an open Bible and a Berean spirit (Acts 17:11), let us seek out the things which God has freely revealed to us in His Word. As we penetrate the recesses of divine truth, may we then share our findings with the rest of God’s people in the loving spirit of the one who is the Resurrection and the Life.

Copyright, 1992, Pastor’s Library Foundation. This article may be copied freely for wider distribution, providing that the source from which it is taken is suitably acknowledged.

This notice must remain attached to article. 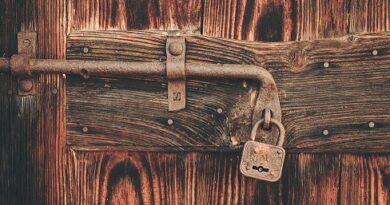 There is no biblical support for this view. The following quotations from the New Testament present the right idea about 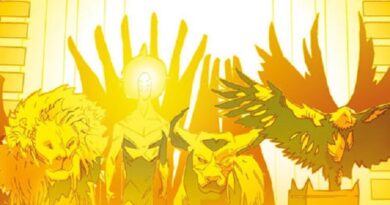 The Revelation of Jesus Christ

“The revelation of Jesus Christ, which God gave him to show his servants what must soon take place…. Blessed is 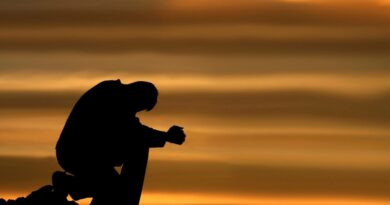 What can I do, if I’m not a member of a religious movement?