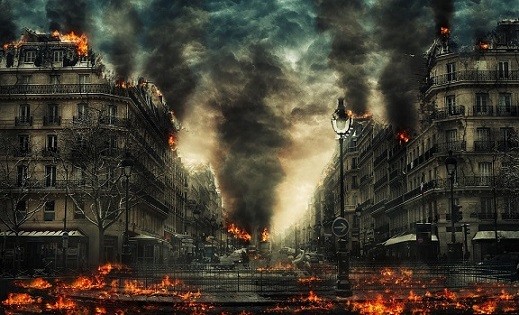 “Tell us, when will these things be, and what will be the sign of your coming and of the end of the world?”

This is the question the disciples asked after Jesus had delivered some very shocking news.  Upon their leaving the Temple Jesus’ disciples commented about its magnificence.  In response Jesus said,

“Do you not see all these things?  Truly I say to you, not one stone here shall be left upon another, which will not be torn down.”  (Matthew 24:1-3).

Undoubtedly, the disciples were horrified with the news that their magnificent Temple would one day be destroyed.  In response they asked the question quoted above.  What the disciples actually meant here is far different from what the modern Christian understands by these words.

Although Jesus forewarned his disciples about his impending arrest and crucifixion, they failed to appreciate the significance of what he was saying.  This being the case, why would they have asked for a sign of his coming when they did not know that he was going to die within a few days?  Hence, we need to consider the meanings of the Greek terms and the cultural context which colored the disciples’ thinking. — Luke 18:31-34; Mark 9:9, 10

In the above verse the word coming is translated from the Greek word parousia, concerning which Vine’s Expository Dictionary says,

Thus the disciples had asked Jesus, not about the sign of his coming, but of his presence.    What was the significance of this question?  During his earthly ministry Jesus did not publicly proclaim himself to be the Messiah.  When his disciples expressed their belief that he was, he warned them not to make him known. [1] In asking ‘what will be the sign of your [that is, the Messiah’s] presence’ the disciples wanted to know what he was going to do to publicly present himself to the Jews as the Messiah.  With the shocking news about the Temple’s destruction on their minds, perhaps they were hoping to hear that he would miraculously save or rebuild it.

[Sunteleia] signifies “a bringing to completion together” (sun, “with,” teleo, “to complete,” akin to No. 1), marking the “completion” or consummation of the various parts of a scheme.  In Matt. 13:39-40, 49; 24:3; 28:20, the rendering “the end of the world” (KJV and RV, text) is misleading; the RV marg. “the consummation of the age,” is correct.  The word does not denote a termination, but the heading up of events to the appointed climax.  Aion is not the world, but a period or epoch or era in which events take place.”

As we can see from this information, the disciples were not asking about the end of the world as we know it, nor the dissolution of the universe.  They were asking about the consummation of an age in history.  What age?  The Jewish expectation was that when the Messiah appeared he would establish his kingdom in Jerusalem, throw off the yoke of gentile domination, and lead Israel to become the superpower of the world.  With the Jewish expectation taken into account, a paraphrase of their question could read thus,

‘Tell us, when will the destruction of the Temple take place, and what will be the event through which you present yourself publicly as the Messiah, so as to lead Israel to its superpower destiny?’

Most Christians believe that the fulfillment of Jesus’ prophecy given in response to the disciples’ question applies to a still-future time when the ‘end’ of this ‘world’ or ‘age’ in which we now live will occur.  However, a prominent feature of the disciples’ question, indeed the very point that prompted their inquiry, was the revelation that the Temple would be destroyed.  No such temple exists today.  It might be argued that the temple will be rebuilt in the future so that this prophecy can be fulfilled.  However, the disciples were not interested in an as-yet unbuilt temple two thousand or more years in the future.  They were concerned with the Temple that was standing in Jerusalem at that time, one which they could see with their own eyes; and it was about this Temple that Jesus spoke.

“Therefore when you see the abomination of desolation which was spoken of through Daniel the prophet, standing in the holy place …, then let those who are in Judea flee to the mountains.”

Though futurists speculate as to how this prophecy will be fulfilled, the Bible does not leave us needing such guesswork.  The parallel account in Luke tells us plainly,

“But when you see Jerusalem surrounded by armies, then recognize that her desolation is at hand.  Then let those who are in Judea flee to the mountains, and let those who are in the midst of the city depart, and let not those who are in the country enter the city; because these are the days of vengeance, in order that all things which are written may be fulfilled…. For there will be great distress upon the land [2] and wrath upon this people,  and  they  will fall by the edge of the sword, and will be led captive into all the nations; and Jerusalem will be trampled under foot by the gentiles until the times of the gentiles [3] be fulfilled. – Luke 21:20-24

The surrounding of Jerusalem by Roman armies in AD 66 was the sign which signaled the impending destruction of that city and its Temple.  During a temporary withdrawal by the Romans, Jewish Christians heeded Jesus’ warning and fled to the mountains of Perea.  In a subsequent siege the Jews remaining in Jerusalem either died or were led into captivity.

By the time Jerusalem was destroyed in AD 70 all the details of Jesus’ prophecy were fulfilled, [4] even as he stated, “Truly I say to you, this generation will not pass away until all these things take place.”  (Matthew 24:34)) [5]

It is argued by those who disagree with this view that the phrase this generation does not mean those who were listening to Jesus, but refers to a future generation.  Shortly before having this discussion with his disciples, Jesus pronounced “woes” against the scribes and Pharisees.  In one of these Jesus said,

“Woe to you, scribes and Pharisees, hypocrites!… I am sending you prophets and wise men and scribes; some of them you will kill and crucify, and some of them you will scourge in your synagogues, and persecute from city to city, that upon you may fall the guilt of all the righteous blood shed in the land, from the  blood  of  righteous  Abel to the blood of Zechariah, the son of Berechiah, whom you murdered between the temple and the altar.  Truly I say to you, all these things shall come upon this generation.”

No commentator proposes that Jesus meant some future generation here.  Why would Jesus’ disciples who heard him pronounce these woes understand two different meanings for the phrase “this generation,” especially when the two occurrences were probably no more than a few hours apart?  – Matthew 23:1, 29-36

What, then, was the sign of Jesus’ presence (parousia), that is, what event proved that he was the Messiah [6] for which Israel looked?  Deuteronomy 18:18-22 reports that God told Moses,

“I will raise up a prophet from among their brethren like you, and I will put My words in his mouth, and he shall speak to them all that I command him.  It shall come about that whoever will not listen to My words which he shall speak in My name, I Myself will require it of him.  But the prophet who speaks a word presumptuously in My name which I have not commanded him to speak, or which he speaks in the name of other gods, that prophet shall die.  You may say in your heart, ‘How will we know the word which Yahweh has not spoken?’  When a prophet speaks in the name of Yahweh, if the thing does not come about or come true, that is the thing which Yahweh has not spoken.  The prophet has spoken it presumptuously; you shall not be afraid of him.”

[1] The reason for this was the erroneous expectations that the Jews had about the Messiah’s purpose.  It was commonly believed that the Messiah would set up his throne in Jerusalem, and then raise armies to throw off yoke of Rome.  Jesus came, however, to deliver from Sin and Death, not Caesar and Rome.

[2] The Greek word ge can be translated either as land or earth as best determined by context.

[3] The “times of the gentiles” began with the subjugation of Jerusalem to Nebuchadnezzar of Babylon, circa 600 B.C., and ended with the destruction of Jerusalem and its Temple in AD 70.  [With this destruction Jerusalem’s covenant relationship with Yahweh ended.  (Hebrews 8:13)  Therefore, the fact that the Jerusalem which was rebuilt after AD 70 remained in gentile hands is irrelevant to divine history.  The symbolic “New Jerusalem,” in covenant with God through Christ, has never been subjugated by unbelievers.]

[4] It is beyond the scope of this work to give the detailed fulfillments.  This eschatological view is called preterism, and can be researched on the internet.  One suggested site:  www.tektonics.org/esch/olivet01.html

[6] In his response to the disciples, Jesus used the expressions presence of the Son of man and the sign of the Son of man.  Throughout his ministry the phase Son of man is the one he most often used for himself.  This phrase alluded to Daniel 7:13, 14, which is obviously a messianic passage.  But it also had common usage in the language of Jesus’ day.  This is why the Jews could still be uncertain of his claim.  (John 10:24)  However, when Jesus used the phrase in reference to sitting at God’ right hand, his allusion to Daniel 7 was unmistakable. —  Matthew 26:63-66

Christians and the Sabbath

There is a growing number of Christian groups which teach that Christians must observe the seventh-day Sabbath.  The arguments presented 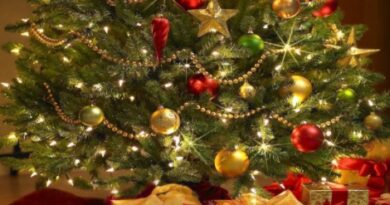 In expressing the following thoughts on the subject, it is not my intention to judge what others do. This is 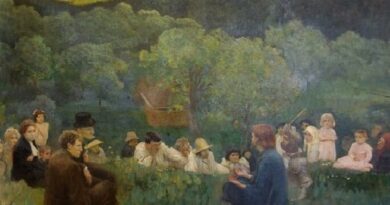