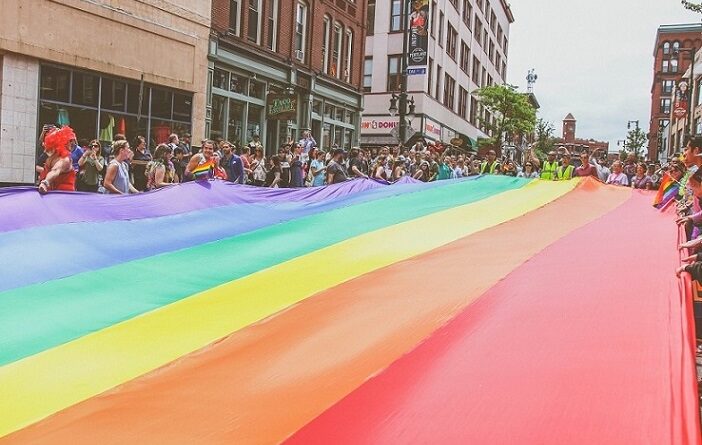 The entire tradition of Christian doctrine teaches that there is such a thing as inverted, perverted love. Human beings are created for love, as creatures of the God who is Love. And yet that divine appointment is corrupted whenever people turn away from God or love other things more than God. Jesus said, “Whoever loves father or mother more than me is not worthy of me…” (Matt. 10:37). Love for God must take precedence over love for our parents, even though love for parents is commanded by the fourth commandment. The will of God be the guiding star of our identity and self- determination.

What this means for sexual behavior can be seen in Jesus’ teaching about divorce. In order to answer the Pharisees’ question about the admissibility of divorce, Jesus refers to the creation of human beings. Here he sees God expressing his purpose for his creatures: Creation confirms that God has created human beings as male and female. Thus, a man leaves his father and mother to be united with his wife, and the two become one flesh. Jesus concludes from this that the unbreakable permanence of fellowship between husband and wife is the Creator’s will for human beings. The indissoluble fellowship of marriage, therefore, is the goal of our creation as sexual beings (Mark 10:2-9).

Since on this principle the Bible is not time bound, Jesus’ word is the foundation and criterion for all Christian pronouncement on sexuality, not just marriage in particular, but our entire creaturely identities as sexual beings. According to Jesus’ teaching, human sexuality as male and as female is intended for the indissoluble fellowship of marriage. This standard informs Christian teaching about the entire domain of sexual behavior.

Jesus’ perspective, by and large, corresponds to Jewish tradition, even though his stress on the indissolubility of marriage goes beyond the provision for divorce within Jewish law (Deut. 24:1). It was a shared Jewish conviction that men and women in their sexual identity are intended for the community of marriage. This also accounts for the Old Testament assessment of sexual behaviors that depart from this norm, including fornication, adultery, and homosexual relations.

The biblical assessments of homosexual practice are unambiguous in their rejection, and all its statements on this subject agree without exception. The Holiness Code of Leviticus incontrovertibly affirms, “You shall not lie with a male as with a woman; it is an abomination” (Lev. 18:22 NRSV). Leviticus 20 includes homosexual behavior among the crimes meriting capital punishment (Lev. 20:13; it is significant that the same applies to adultery in verse 10). On these matters, Judaism always knew itself to be distinct from other nations. This same distinctiveness continued to determine the New Testament statement about homosexuality, in contrast to the Hellenistic culture that took no offense at homosexual relations. In Romans, Paul includes homosexual behavior among the consequences of turning away from God (1:27). In 1 Corinthians, homosexual practice belongs with fornication, adultery, idolatry, greed, drunkenness, theft, and robbery as behaviors that preclude participation in the kingdom of God (6:9 10); Paul affirms that through baptism Christians have become free from their entanglement in all these practices (6:11).

The New Testament contains not a single passage that might indicate a more positive assessment of homosexual activity to counterbalance these Pauline statements. Thus, the entire biblical witness includes practicing homosexuality, without exception among the kinds of behavior that give particularly striking expression to humanity’s turning away from God. This exegetical result places very narrow boundaries around the view of homosexuality in any church that is under the authority of Scripture. What is more, the biblical statements on this subject merely represent the negative corollary to the Bible’s positive views on the creational purpose of men and women in their sexuality. These texts that are negative toward homosexual behavior are not merely dealing with marginal opinions that could be neglected without detriment to the Christian message as a whole. Moreover, the biblical statements about homosexuality cannot be relativized as the expressions of a cultural situation that today is simply outdated. The biblical witness from the outset deliberately opposed the assumptions of their cultural environment in the name of faith in the God of Israel, who in Creation appointed men and women for a particular identity.

Contemporary advocates for a change in the church’s view of homosexuality commonly point out that the biblical statements were unaware of important modern anthropological evidence. This new evidence, it is said, suggests that homosexuality must be regarded as a given constituent of the psychosomatic identity of homosexual persons, entirely prior to any corresponding sexual expression. (For the sake of clarity it is better to speak here of a homophile inclination as distant from homosexual practice.) Such phenomena occur not only in people who are homosexually active. But inclination need not dictate practice. It is characteristic of human beings that our sexual impulses are not confined to a separate realm of behavior; they permeate our behavior in every area of life. This, of course, includes relationships with persons of the same sex. However, precisely because erotic motives are involved in all aspects of human behavior, we are faced with the task of integrating them into the whole of our life and conduct. The mere existence of homophile inclinations does not automatically lead to homosexual practice. Rather, these inclinations can be integrated into a life in which they are subordinated to the relationship with the opposite sex where, in fact, the subject of sexual activity should not be the all-determining center of human life and vocation. As the sociologist Helmut Schelsky has rightly pointed out, one of the primary achievements of marriage as an institution is its enrollment of human sexuality in the service of ulterior tasks and goals.

The reality of homophile inclinations, therefore, need not be denied and must not be condemned. The question, however, is how to handle such inclinations within the human task of responsibly directing our behavior. This is the real problem; and it is here that we must deal with the conclusion that homosexual activity is a departure from the norm for sexual behavior that has been given to men and women as creatures of God. For the church this is the case not only for homosexual, but for any sexual activity that does not intend the goal of marriage between man and wife particular, adultery. The church has to live with the fact that, in this area of life as in others, departures from the norm are not exceptional but rather common and widespread. The church must encounter all those concerned with tolerance and understanding but also call them to repentance. It cannot surrender the distinction between the norm and behavior that departs from that norm. Here lies the boundary of a Christian church that knows itself to be bound by the authority of Scripture. Those who urge the church to change the norm of its teaching on this matter must know that they are promoting schism. If a church were to let itself be pushed to the point where it ceased to treat homosexual activity as a departure from the biblical norm, and recognized homosexual unions as a personal partnership of love equivalent to marriage, such a church would stand no longer on biblical ground but against the unequivocal witness of Scripture. A church that took this step would cease to be the one, holy, catholic, and apostolic church.

How Can a Holy God Create Evil?

“I am Yahweh, and there is none else.  I form the light, and create darkness: I make peace, and create evil: 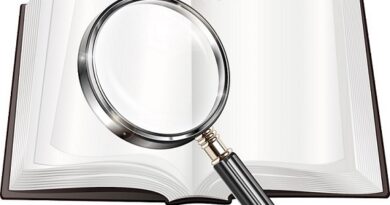 What About “Correct Doctrine”?

A problem I had to wrestle with when I began associating with a church was disagreement on doctrinal matters. I 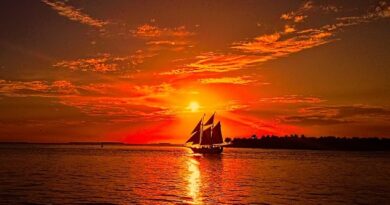 The Concept of “Faith”